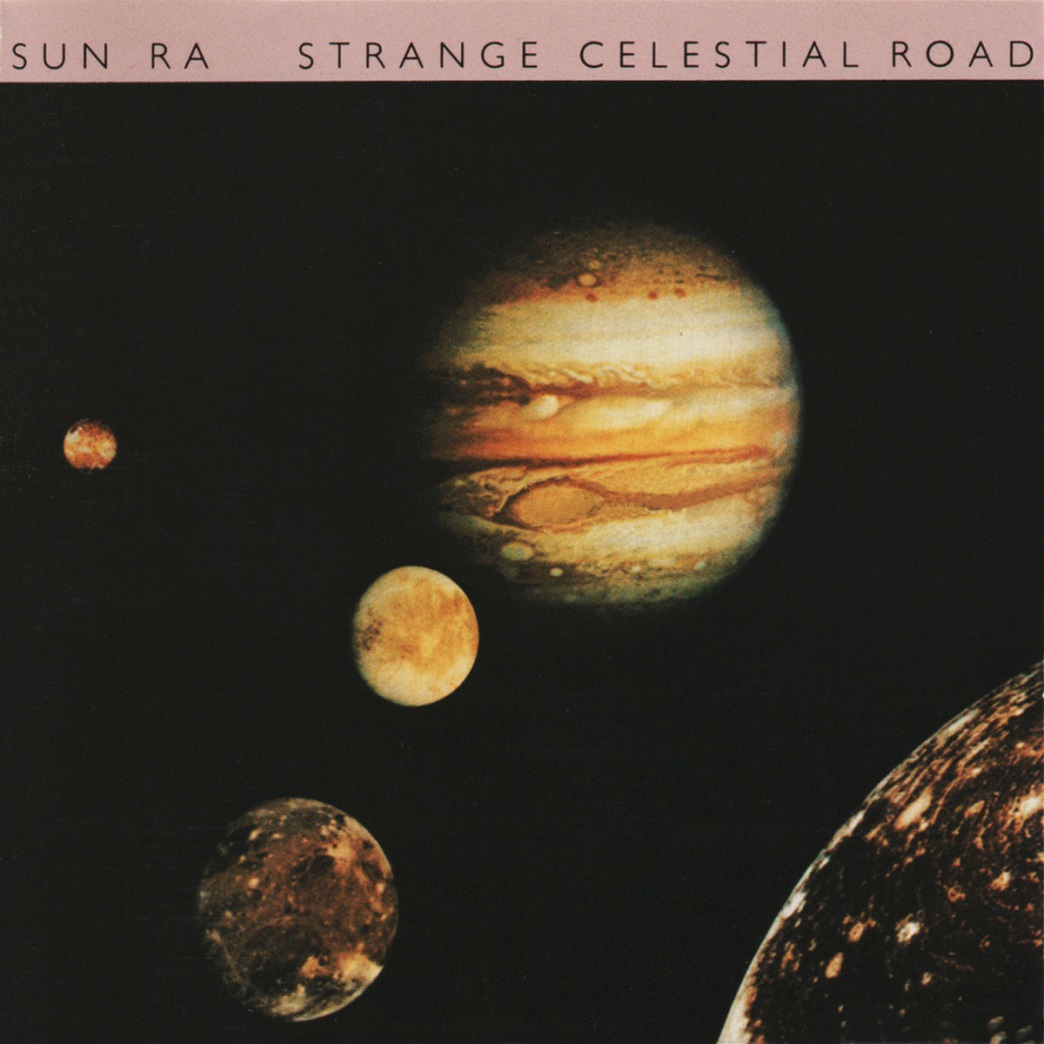 These recordings originated at the same Variety Studio sessions that resulted in the 1979 Saturn release SLEEPING BEAUTY (a.k.a. Door of the Cosmos). Based on known departures and arrivals of various players in the Arkestra, Sun Ra historians have cited a likely recording date of June 1979. These three tracks were sold to Rounder and issued on LP in 1980; Sun Ra retained "Springtime Again," "Door of the Cosmos," and "Sleeping Beauty" for release on Saturn.

Excerpts from the AllMusic Review by Ra authority Sean Westergaard:

The band Sun Ra had at the end of the '70s was surely the funkiest he ever had, with electric bassist Steve Clarke (in tandem with upright player Richard Williams) and the twin guitars of Taylor Richardson and Skeeter McFarland.

"Celestial Road" kicks things off, where electric bass, arco bass and wah-wah guitar set the stage for a great June Tyson vocal, followed by solos from John Gilmore [tenor sax], Michael Ray [trumpet], Sun Ra [keys], and Damon Choice [vibes]. "Say" has a great electric bassline and joyous horn charts, and swings mightily with a vaguely Latin rhythm. There's a fine electric guitar solo, as well as some more fantastic playing from Gilmore. Ra's keyboard sounds and soloing are particularly deranged on this album, but never get into the purely noisy realm.

"I'll Wait for You" is the real treat of this album, featuring a great mellow groove and wonderful ensemble vocals led by the beautiful June Tyson. There's plenty of fine soloing on this track as well, but the main attraction is the mix by Ra and Michael Ray. There's a dub-like element to the way the instruments and voices are treated and mixed in and out, but this is dub by way of Saturn, and the mix is at least as weird and wonderful as anything Lee Perry has done. This is an overlooked album in an unwieldy discography, but it's a real gem. Recommended.