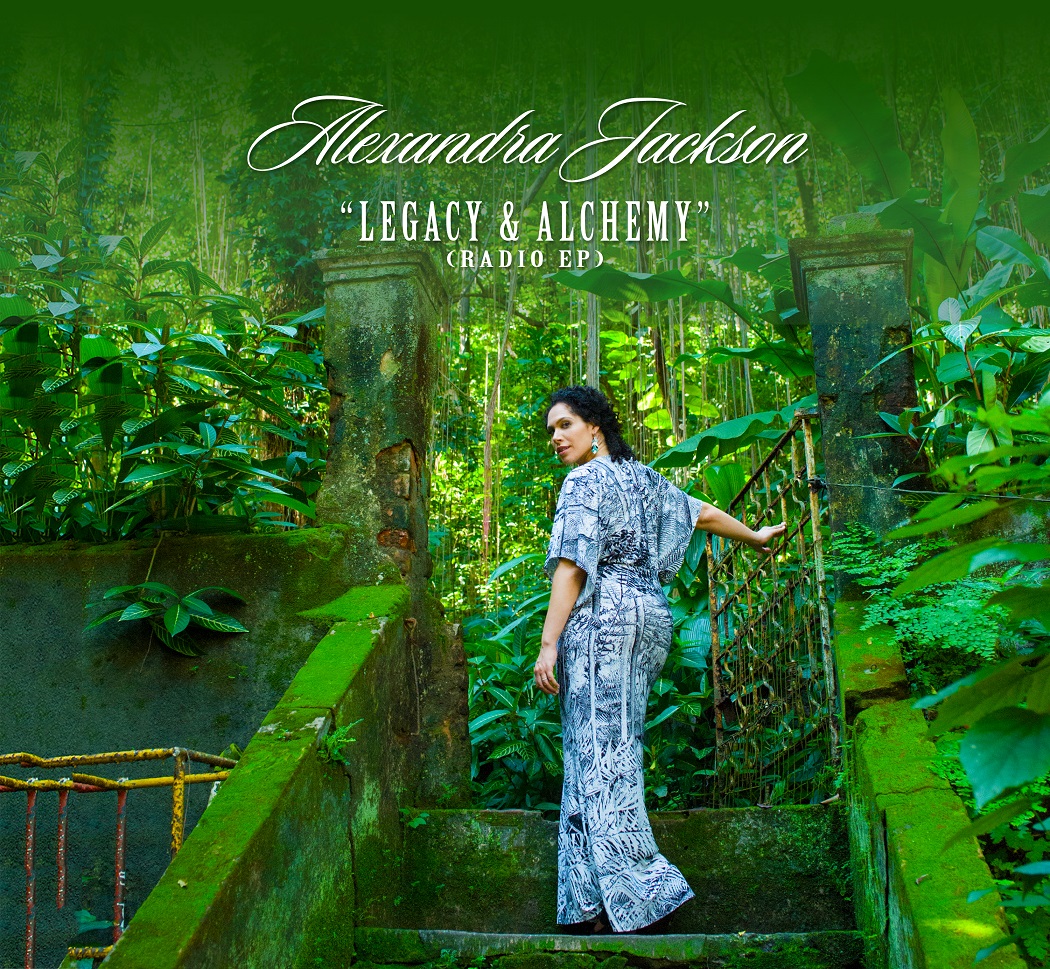 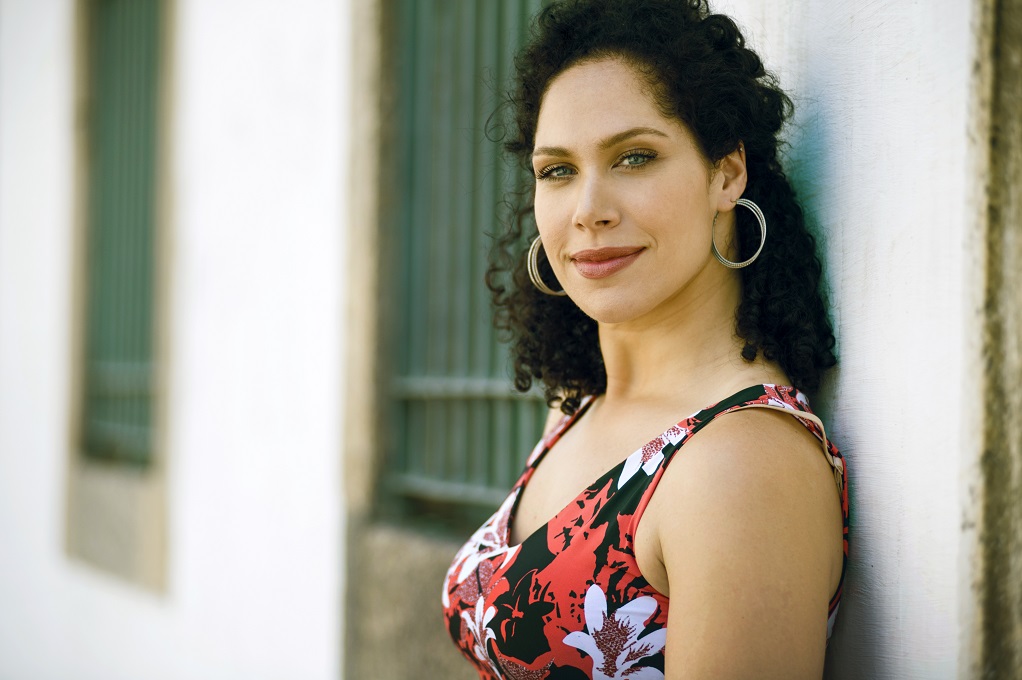 Brazil on a work trip. One day in Rio, he stepped out of an ordinary hotel elevator and had a revelation. “I heard these young musicians in the lobby, and realized that Brazil might create the next Sade, the next singer to really synthesize pop, jazz, and Brazilian sounds like Sade and her producer Robin Millar did.”

Hebert’s insight led him somewhere altogether different, ever deeper into Brazil’s unique repertoire, heritage, and spirit. Amalgamating the golden age of 20th-century Brazilian sounds with Chicago jazz and funk, unleashing a soulful young vocalist from Atlanta on the Brazilian and Brazil-inspired songbook, Hebert created the first, epic project on his new independent LEGACY AND ALCHEMY label, Alexandra Jackson: Legacy & Alchemy. At the center stands singer Alexandra Jackson, supported by some of the most significant musicians in samba, bossa nova, and MPB, and by American jazz and funk heavyweights.

Legacy & Alchemy pays homage to samba, now in its second century, with the classic “Sonho Meu,” which contrasts Jackson’s voice with that of 96-year-old samba grande dame and songwriter Doña Ivone Lara. It demonstrates the power of Brazilian bossa nova with a cheeky, gender-reversed “Girl from Ipanema,” in which Jackson finds a whole other American-inflected swing to beloved song. It also draws on songwriting inspired by Brazil’s boundless musical creativity and resilience: “Brazilica” (by Chess Records alums Charles Stepney, Maurice White, and Ramsey Lewis) and “Our Time Now” (a heartfelt anthem co-crafted by Lionel Richie and Rod Temperton that ends with the powerhouse contribution by Armando Marcal from Rio de Janeiro’s legendary Portela samba school (reigning champion of Carnaval). 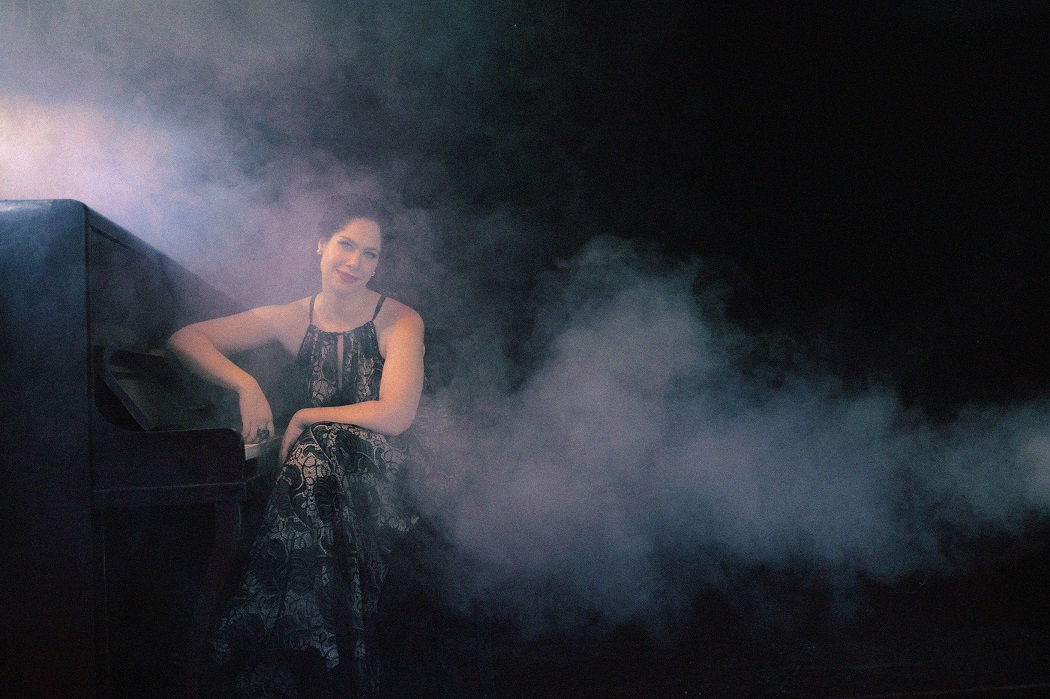 The main musical catalyst was a young singer out of Atlanta, the daughter of a remarkable, culturally and socially prominent African American family, Alexandra Jackson. With intensive vocal training and wide-ranging musical interests, Jackson had the sensitivity, sensuality, and strength to capture the essence of these songs, whether singing in English or Portuguese. (Jackson worked with coaches for weeks to be able to nail the lyrics and win over Brazilian critics.)

“I’ve worked with so many top singers, and I don’t think anyone else I’ve worked with could have or would have even tried to do this.  Alexandra could and did.  The biggest thing is she made it convincing for Brazilians,” including standout performances as part of the 2016 Rio Olympics festivities.

“There’s a huge melting pot of music in our world today,” says Jackson. “This album offers the opportunity for people to step outside the box. It’s not just jazz, not the blues, not soul, not bossa nova, not samba, but it’s a mix of them all.”

Though the project resulted in 23 tracks with more than 35 contributing artists in featured roles (and 100 musicians and engineers overall), this first EP-length burst of songs sets the historical stage for the project’s ongoing engagement with Brazilian and American music’s decades-long dialog. The project’s bigger-picture goal is as ambitious as its scope: “I want to reintroduce this music to the world,” says Hebert. “I want to return it to its rightful place in the mainstream.”

This ambition has a powerful historical precedent. Brazilian music was some of the most popular in the world until the British Invasion struck and tastes shifted. There was a reason Brazilian music resonated worldwide: the sway of samba, the wry elegance of bossa nova balanced the earthy and the refined. It channeled some of the world’s most breathtaking musicianship. Hebert reached out to everyone from Jobim’s son and grandson, to samba elders like Lara and its next generation master (percussionist Pretinho de Serrinha), to the iconic Brazilian composer Ivan Lins.

Hebert and his collaborators knew it was time to elevate these elements again. “We’re really giving all we got to reintroduce this music to the mainstream, where it left off in the mid 60s. I wanted to choose songs that were hits in Brazil. Some may be familiar, but many are incredible songs the world outside of Brazil hasn’t been exposed to very much yet. We’re alchemizing it with American music, and the heart of this music is Chicago,” Hebert’s hometown and the birthplace of a jazz aesthetic that pairs perfectly with midcentury Brazilian sounds.

This alchemy creates what project advisor and contributor Ivan Lins calls “total music,” music that has no limits due to its geographical origins, that is timeless and widely compelling. Lins, along with the legacy of icon Quincy Jones, inspired Hebert to reach for the best possible performers and performances as the vision came together. 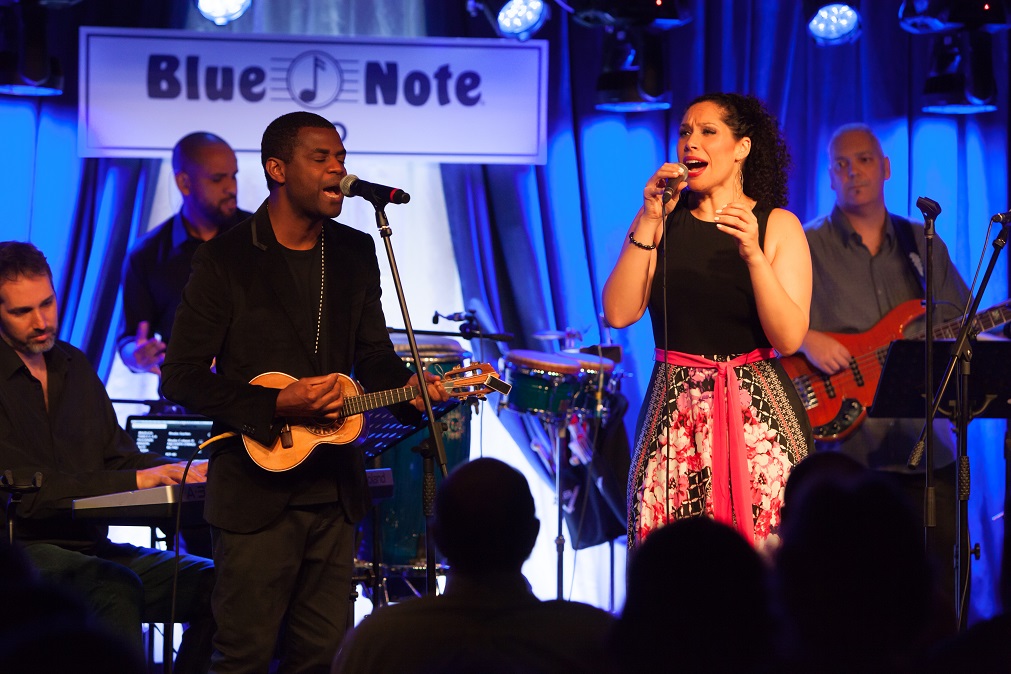 “Quincy has really inspired me over the years — not just with music, but the way he applies his true genius to the interaction of master-level human beings.  I have known him since 1993 and his musical legacy was a guiding star for me on this project. [In the wake of the untimely passing of Rod Temperton, Jones directly assisted in securing co-writer’s Lionel Richie’s blessing for “Our Time Now.”] I knew if Quincy were doing this, he would really try to get to the heart and soul of the music in a way that opened up the musicianship, that brought something new to it. I did the best I could, knowing I’m less than 1% of the musician that Q is,” Hebert laughs.  “But, I just kept asking myself for 3 years … as a Producer, what do I think Q would do?”

To get there, Hebert asked multi-instrumentalist, composer, and producer Larry Williams to be his main collaborator. Williams, who has worked with Jones, Al Jarreau, George Benson, Sheila E, and Michael Jackson, over a 40-year career was lead producer on eight of the 23 tracks recorded for the project. “This record got done because of Larry.  No Larry Williams … no Rod Temperton, no Ivan Lins, no Djavan, no Al Jarreau,” Hebert notes. “Larry was my anchor.  I knew that this ambitious undertaking would get done because Larry Williams was in my corner. I needed one of the greatest arrangers of our time to get us over the top, where we needed to be.  That could only happen with a music master of Larry’s genius, commitment, focus, pedigree and context.”

Hebert and Williams formed a Chicago-meets-Rio house band to record in Brazil. It included Williams and Marco Brito as primary keyboardists, tag-teaming super bassists (Darryl Jones, Arthur Maia), one of Brazil’s greatest drummers (in a country of excellent drumming) Teo Lima, guitarist Ricardo Silveira, percussionist Armando Marcal, horn players and arrangers Marcelo Martins and Jesse Sadoc. They were joined by vocal masters Chris Walker (who produced the vocals for the album), Darryl Tookes, and Curtis King, and by percussionist Pretinho da Serrinha. The Brazilian and American feels for the pocket differ, but the conversation between and among master musicians adds another layer to an already rich mix.

It is no accident Hebert and company made the record they did, one that has all the precision and warmth of a Quincy Jones project, or the early Sade projects produced by Robin Millar, but with all the virtuosic scrappiness of Chicago and Rio.

“This is old school; I’m not interested in contemporizing this music with drum machines or sequencers. Computers cannot spiritually collaborate, interact, and connect in context and in real time with a human,” Hebert states. “I wanted to create an environment and commitment to the alchemy of the music, based on humans endeavoring to evolve the origins of the music.  Brazilian, African and American music have a history of connection due to the slave trade, and that’s what creates this sense of musical integrity, what ties it all together. I let the music masters of Brazil and America contemporize the music with their insight, context and virtuosity.”